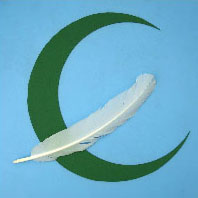 Let’s be clear. Mohammed was a bloodthirsty megalomaniac and Allah, his imaginary enforcer, is a sadistic petty tyrant who promises to torture you and your children with fire and molten metal for eternity. Islam is not just a religion but also a cruel, domineering, totalitarian ideology which shares much with Nazism, including the demented hatred of Jews.

It only survives because people are indoctrinated at the entrance and threatened with death at the exit. It demands respect not only from its own adherents but from non-Muslims who it instructs believers to convert or subjugate. Anyone who demands respect instead deserves only contempt, as does any organisation which kills those who leave it. Offhand I can only think of Islam and the Mafia which do this.

Since the Aztec religion went out of business and Christians stopped burning each other there has been no other contender for the position of the world’s nastiest religion.

All of this seems obvious to me, and to many other people who have bothered to dip into the Koran and the Hadiths. I know this because they tell me so, having first looked around to check that no one is within earshot. Even then they whisper. You would be a fool not to, wouldn’t you? Everyone knows that bad things happen when you tell the truth about Islam.

The first consequence would be the shocked cries of “Racist”, “Hate Monger” and “Islamophobe”. All these are patently rubbish, and irritating in their idiocy. If you are reading this you probably know why but just in case you’ve strayed in here by mistake, let me explain:

1. Islam is not a race. The fact that most Muslims are several shades browner than I am is irrelevant except to people who are so obsessed with race that they see it everywhere. My enemies include Samantha Lewthwaite, Richard Dart and Terry Lee Loewen, all as white as a swan’s neck. My friends include Ibn Warraq, Wafa Sultan, Nonie Darwish, Ali Sina and Ayaan Hirsi Ali, coming respectively from Pakistan, Syria, Egypt, Iran and Somalia. I thank a God I don’t believe in for the help they give us kuffar in understanding the danger of Islam.

2. These people above are not hate mongers. Wafa Sultan correctly locates the primary source of hatred in Allah, “The God who Hates“. She ends her book hoping that in time her efforts “will be crowned with success and a new god will be born; a God who loves”. Nor am I a hate monger. I have hated one or two people in my time and I know what it feels like. I do not hate Muslims. I merely pity them in their benightedness and fear those of them who follow Mohammed’s teachings and example too closely.

3. It really is amazing that the weasel word “Islamophobia” has not yet died of embarrassment. Just look around the world, at the actions of the Taliban, Boko Haram and ISIS, all of which appear to be doing pretty much what Mohammed and his companions did, and tell me that fear of Islam is irrational. That would be taking delusion beyond the call of duty even for the most deluded among us, Guardian readers.

Anyone would be ostracised from polite society for pointing these things out. I know that if I ever breathed a word of this out loud I would never dine in Hampstead again, not that I ever have before but there’s always the possibility. It is just not polite to call a 7th century death cult a 7th century death cult. We all value politeness but is it possible that our civilization will be the first to actually die of it?

The second consequence would be legal, stemming from the ill-judged hate speech legislation which looks very much like a de facto blasphemy law to protect Muslims from being offended. The right of rude free speech which our parents took for granted has been curtailed because we all know that when Muslims are offended there will be a price to pay. Did you know that it is now possible to be arrested for quoting Winston Churchill on the subject of Islam, as was Paul Weston of the Liberty GB party on the steps of Winchester Guildhall? Would the same happen to Churchill if he came back today? What about Gladstone who famously called the Koran “an accursed book” and declared to the House of Commons “So long as there is this book there will be no peace in the world”?

As an example, a couple in Edinburgh were recently convicted of the heinous crime of wrapping pieces of bacon around the door handles of a mosque, then throwing them inside. No one was injured by the flying pig meat, nor was there any structural damage but a security guard said his feelings were hurt. The couple received sentences of 9 and 12 months respectively. Can you imagine anything so stupid, or to use a distinctively British expression, so “effing bloody stupid”?

The third consequence, of course, would be the death threats and possible actual death which automatically follow serious criticism of the religion of peace. We saw that when someone drew a cartoon of Mohammed with a bomb in his turban and the world erupted. What on earth could have prompted the cartoonist to depict the apostle thus, just because there are bombs being set off around the world in his name as we speak?

Who is brave enough to speak out in the face of all this?

Not Grayson Perry, for instance. In 2007 the anti-religious artist admitted that he did not address Islam in his work “…because I don’t want my throat cut”. Very sensible too; the only question is whether he suffers more from Islamophobia or simple decapitophobia.

Not the BBC which would not show a very innocuous “Jesus and Mo” cartoon because they feared for the safety of their staff in Pakistan. Nor Channel 4 which slipped over into absurdity by showing the cartoon with Mo covered by a black oval. If only they were being satirical, but they were not. Both organisations claimed they were practising “responsible journalism”.

And not me either, that’s for sure. Obviously, any movement needs the odd martyr but I’d rather it wasn’t me if at all possible. That’s why I cower behind throw away email addresses and proxy servers. Neverthess it really is incumbent on us somehow to try to challenge the lies we are told and to ridicule the ridiculous.

This is what I suggest, let’s all own up to our fear and stop calling our silence politeness. It could be empowering. Start small. Wear an “Islam sucks” T-shirt, obviously under your shirt, but you’ll know it’s there. Next, when challenged on what you really believe about Islam say “Unfortunately I cannot respond. I have a job to lose and a reputation to protect”. Wear a white feather backed by a green crescent on your lapel. When you see me with mine give me a wink. In time scores of us…hundreds…even thousands may become bold enough to march together bravely holding banners aloft declaring “Afraid and Proud” and “Embrace your Fear”. Who knows where it could lead?