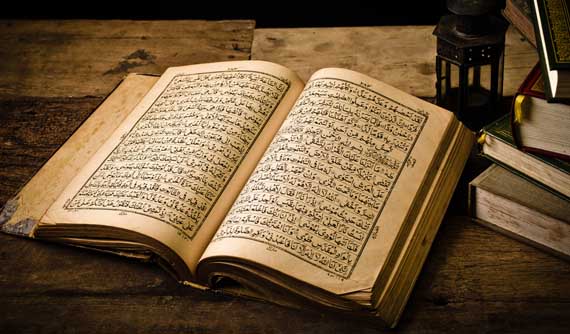 After the appalling Linda Sarsour called for a jihad against Donald Trump there naturally followed the usual bunfight about what the word actually means. Some people thought she meant “smiting his neck and every fingertip” as, of course, she hoped they would so that she could then bring out the hadith about the best jihad being “speaking truth to a tyrant” and claim to be misrepresented by Islamophobes.

We know that ”jihad” literally means “strive” or “struggle” but how is it actually used in the Koran? In context does it mean “holy war” or “spiritual struggle” or both?

The Qur’anic Studies site identifies all the occurrences of the word in the Koran from the triconsonantal root “j-h-d” in the Arabic transliteration. It tells us that derivatives of the word “jihad” occur in 30 verses of the Koran; 6 of them in Meccan suras and 24 in Medinan suras.

In a separate exercise conducted some years ago, 160 or so verses were identified as referring directly to Mohammed’s wars against non-Muslims. I checked the 30 “j-h-d” verses against the 160 war verses (highlighted in mauve in this presentation of the Koran which is in turn based on this list).

[25.52] So do not follow the unbelievers, and strive against them a mighty striving with it.

[31:15] If they strive to make you set up any partners besides Me, then do not obey them. But continue to treat them amicably in this world. You shall follow only the path of those who have sought Me. Ultimately, you all return to Me, then I will inform you of everything you have done.

**WAR** [16.110] Yet surely your Lord, with respect to those who fly after they are persecuted, then they struggle hard and are patient, most surely your Lord after that is Forgiving, Merciful.

[29.6] And whoever strives hard, he strives only for his own soul; most surely Allah is Self-sufficient, above (need of) the worlds.
[29:8] And We instructed man to be good to his parents. But if they strive to make you set up partners with Me, then do not obey them. To Me are all your destinies, and I will inform you of what you used to do.
[29.69] And (as for) those who strive hard for Us, We will most certainly guide them in Our ways; and Allah is most surely with the doers of good.

**WAR** [2.218] Surely those who believed and those who fled (their home) and strove hard in the way of Allah these hope for the mercy of Allah and Allah is Forgiving, Merciful.

**WAR** [3.142] Do you think that you will enter the garden while Allah has not yet known those who strive hard from among you, and (He has not) known the patient.

[60.1] O you who believe! do not take My enemy and your enemy for friends: would you offer them love while they deny what has come to you of the truth, driving out the Apostle and yourselves because you believe in Allah, your Lord? If you go forth struggling hard in My path and seeking My pleasure, would you manifest love to them? And I know what you conceal and what you manifest; and whoever of you does this, he indeed has gone astray from the straight path.

**WAR** [47:31] And We will test you until We know those who strive among you and those who are patient. And We will bring out your qualities.

**WAR** [22.78] And strive hard in (the way of) Allah, (such) a striving a is due to Him; He has chosen you and has not laid upon you an hardship in religion; the faith of your father Ibrahim; He named you Muslims before and in this, that the Apostle may be a bearer of witness to you, and you may be bearers of witness to the people; therefore keep up prayer and pay the poor-rate and hold fast by Allah; He is your Guardian; how excellent the Guardian and how excellent the Helper!

**WAR** [49.15] The believers are only those who believe in Allah and His Apostle then they doubt not and struggle hard with their wealth and their lives in the way of Allah; they are the truthful ones.

**WAR** [61.11] You shall believe in Allah and His Apostle, and struggle hard in Allah’s way with your property and your lives; that is better for you, did you but know!

**WAR** [5.35] O you who believe! be careful of (your duty to) Allah and seek means of nearness to Him and strive hard in His way that you may be successful.
[5.54] O you who believe! whoever from among you turns back from his religion, then Allah will bring a people, He shall love them and they shall love Him, lowly before the believers, mighty against the unbelievers, they shall strive hard in Allah’s way and shall not fear the censure of any censurer; this is Allah’s Face, He gives it to whom He pleases, and Allah is Ample-giving, Knowing.

**WAR** [9.16] What! do you think that you will be left alone while Allah has not yet known those of you who have struggled hard and have not taken any one as an adherent besides Allah and His Apostle and the believers; and Allah is aware of what you do.
**WAR** [9.19] What! do you make (one who undertakes) the giving of drink to the pilgrims and the guarding of the Sacred Mosque like him who believes in Allah and the latter day and strives hard in Allah’s way? They are not equal with Allah; and Allah does not guide the unjust people.
**WAR** [9.20] Those who believed and fled (their homes), and strove hard in Allah’s way with their property and their souls, are much higher in rank with Allah; and those are they who are the achievers (of their objects).
**WAR** [9.24] Say: If your fathers and your sons and your brethren and your mates and your kinsfolk and property which you have acquired, and the slackness of trade which you fear and dwellings which you like, are dearer to you than Allah and His Apostle and striving in His way, then wait till Allah brings about His command: and Allah does not guide the transgressing people.
**WAR** [9.41] Go forth light and heavy, and strive hard in Allah’s way with your property and your persons; this is better for you, if you know.
**WAR** [9.44] They do not ask leave of you who believe in Allah and the latter day (to stay away) from striving hard with their property and their persons, and Allah knows those who guard (against evil).
**WAR** [9.73] O Prophet! strive hard against the unbelievers and the hypocrites and be unyielding to them; and their abode is hell, and evil is the destination.
**WAR** [9.81] Those who were left behind were glad on account of their sitting behind Allah’s Apostle and they were averse from striving in Allah’s way with their property and their persons, and said: Do not go forth in the heat. Say: The fire of hell is much severe in heat. Would that they understood (it).
**WAR** [9.86] And whenever a chapter is revealed, saying: Believe in Allah and strive hard along with His Apostle, those having ampleness of means ask permission of you and say: Leave us (behind), that we may be with those who sit.
**WAR** [9.88] But the Apostle and those who believe with him strive hard with their property and their persons; and these it is who shall have the good things and these it is who shall be successful.

So, in the Meccan suras 1 out of the 6 “j-h-d” verses appears among the war verses while in the Medinan suras 22 out of the 24 “j-h-d” verses do so. Therefore we can say there is an overwhelming correlation between the word “jihad” and warfare against the unbelievers in the Medinan suras. This will hardly surprise anyone who knows that Mohammed’s career consisted of two parts, his time in Mecca during which any violence was the prerogative of Allah and his time in Medina where he became a warlord and exercised violence on Allah’s behalf.

Also, none of the remaining 7 “j-h-d” verses is about spiritual struggle against one’s baser nature, ie the so-called Greater Jihad. Anyone wishing to promote that idea has to go a long way from the Koran to find any support for it. It is not even to be found in the six sahih (ie authentic) collections of hadiths but rests solely on one hadith from a later collection, dismissed by mediaeval Islamic scholars as weak or fabricated.

Another point worth making is that no less than 10 of the verses we are talking about occur in the last substantive sura, the ferocious sura 9. It seems that Mohammed became more warlike with age, rather than less. This of course echoes the situation with abrogation in the Koran since so many earlier verses are abrogated by verses in sura 9 (as shown in this list) in particular 9:5, the Verse of the Sword. This gives jihadis a much stronger claim to scriptural support than the elusive moderates we hear so much of but who disappear like the mist whenever a demonstration against ISIS is organised or the government requests help in tackling “extremism”.

Conclusion: Anyone wishing to use Islamic scripture, in particular the Koran, to claim a peaceful interpretation of jihad is indeed rowing against a very strong tide. Unless they’re just kidding us, of course.

3 thoughts on “The word “Jihad” in the Koran”