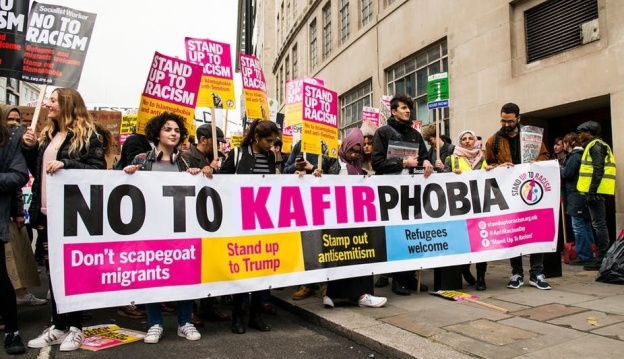 After the brutal murder of Fusilier Lee Rigby in Woolwich it seemed important to try to learn something about the religion in whose name the killers claimed to be acting, and our response to it. These articles and other items chart what I have learned since then, leading me to three main conclusions.

Firstly, that Islam is inherently and implacably supremacist even though many Muslims may not be.

Secondly, that our leaders are quite wrong to tell us after each atrocity that “it has nothing to do with Islam”. These attacks have a great deal to do with Islam, finding ample justification in both the Koran and in the actions of Mohammed. The politicians attempt to separate Islam (good) from Islamism (bad) but I contend that they are not separable, rather that the one produces the other as naturally as a fire produces a flame.

Thirdly, describing jihadi attacks as “extremist” is misleading. They are extreme in their violence, to be sure, but in religious terms they could be better described as “centrist” since the more violently and cruelly believers seek to advance the cause of Islam the closer they are to its centre, the example of Mohammed.

I welcome honest debate. In fact nothing would please me more than to be dissuaded of these pessimistic views, but I have tried my best to justify them with facts and reasoned argument. Name calling and mere assertions are not welcome.